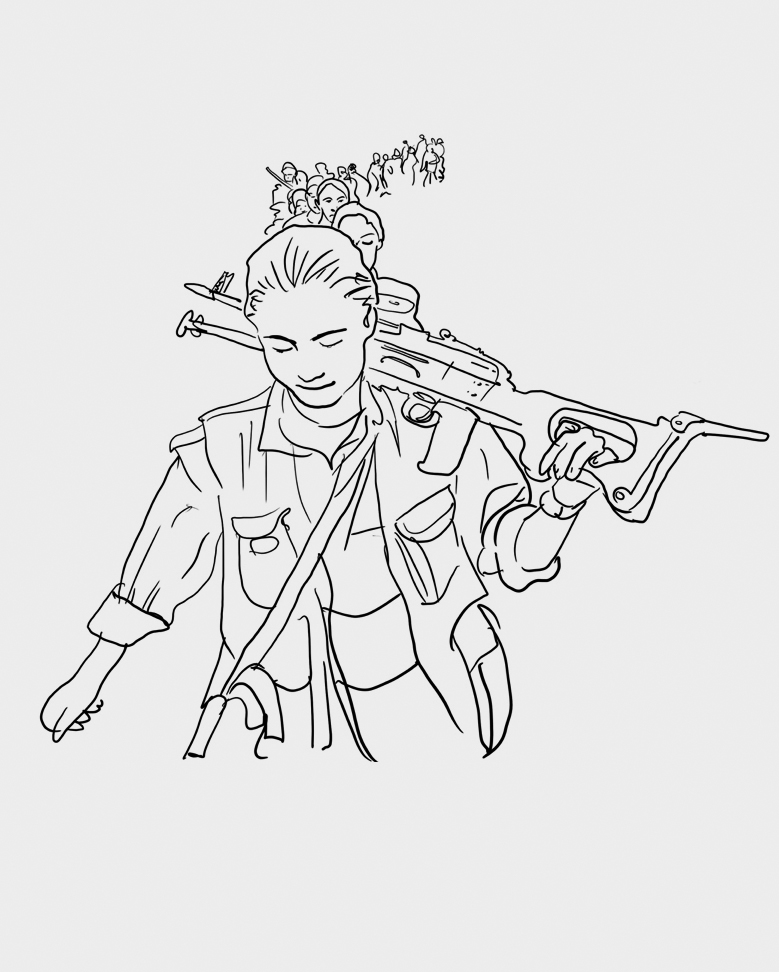 STORYLINE
Delil is the son of a Kurdish guerrilla fighter killed in combat. From his exile in Argentina, he decides to return to Kurdistan in order to confront his past.

Delil was born in Istanbul, he studied in Ankara, and in 2008 he landed in Buenos Aires with nothing on him. He was escaping from the repression launched by the Turkish government against the Kurds. His father, who died when Delil was just a child, was a well-known guerrilla and member of the PKK (Kurdistan Workers’ Party.) Once settled in Argentina, Delil follows from afar the rise of the Islamic State and the beginning of the civil war in Syria, as well as the atrocities committed against the Kurdish minority. He pays attention to the gradual consolidation of a compelling process: the Kurdish guerilla forces led by women manage to defeat ISIS and expel the Jihadists, to later found the liberated territories of Rojava, which many call “the most democratic place on Earth.”

Delil survives in Buenos Aires working as a translator and sometimes as a journalist. His life is split between bohemia and militancy: by night he dances the tango; by day he participates in the Committee for Solidarity with Kurdistan, and translates into Spanish the works of Abdullah Öcalan. His neighbors are a couple of Peruvian immigrants who listen to cumbia and share meals with him. In front of his house, there is also a group of Nigerians who sell handicrafts on the streets. Surrounded by immigrants who, just like him, are building a home far away from home, Delil begins to feel he must return to his land. If there is a revolution, he must be a part of it, in order to recover his family history.

Following Delil’s return to Kurdistan, traveling across Germany, Iraq, Syria and Turkey, added to the reencounter with his family, childhood friends, and his father’s old peers, we will immerse in the political experiment of Rojava and the implementation of a unique radical democracy. In this revolution led by women lays the hope of a different future for Delil and for the Middle East.